Can I watch 2022 Winter Olympics on BBC iPlayer?

The BBC will be broadcasting more than 300 hours of live coverage from the 2022 Winter Olympics across BBC One and BBC Two. This can be found on a dedicated live digital stream on BBC iPlayer. 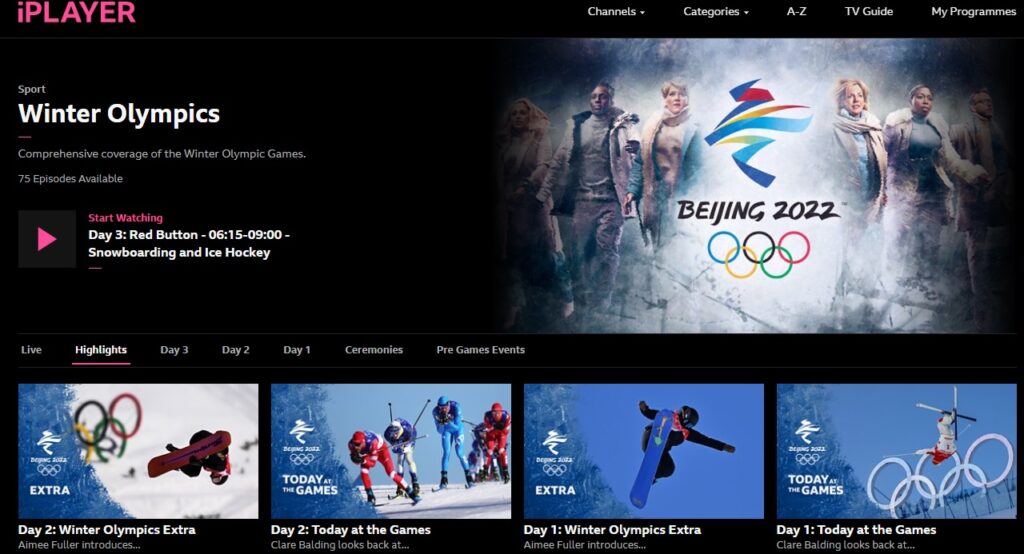 So yes, you can watch the Winter Olympics on BBC iPlayer. To do so, select Channels > BBC One/BBC Two and choose to Watch live or Watch from Start. If you missed a programme, you can find it rewound as far back as two hours on our live streams.  If you’re outside the UK scroll down for the complete instructions later in the page.

Get the latest Winter Olympics New from the BBC Sport site

If you want to just watch the highlights or stream BBC One from the USA, it’s perfect or if you just want to pick up the results then the BBC News is a good place to start. There will be a Winter Olympics bulletin on most of the major BBC news bulletins. These are perfect for just keeping up with results, checking the medals tables and looking for highlights of your favorite events.

The BBC Sport website has all the latest news and commentary about the Winter Olympics. The site includes articles, video, and images related to the games. This information is updated frequently, so be sure to check it regularly for updates!

As mentioned, the BBC Sport website will be providing extensive coverage of the Winter Olympics, including live streams, highlights, and news. If you’re not in the UK, you can still watch the games online by subscribing to Eurosport’s discovery+ Entertainment & Sport plan. This plan is available for £6.99 a month. You can also access the BBC iPlayer outside the UK by using a VPN, see the explanation later in this article.

The Winter Olympics are a major international sporting event that take place every four years. The first Winter Olympics were held in Chamonix, France in 1924. There are many different sports that are competed in at the Winter Olympic games, including alpine skiing, biathlon, bobsleigh, cross-country skiing, curling, figure skating, ice hockey, luge, Nordic combined, short track speed skating and skeleton.

The Winter Olympics have officially started and there is a lot of excitement in the air. This week, multiple events have already been rumbling on including the Curling Mixed Doubles and the Biathlon. The main action, however, starts this weekend with the opening ceremony and it doesn’t stop until the Closing Ceremony on 25th February. If you’re not able to make it to a TV to watch all the coverage, don’t worry as there are plenty of ways for you to watch online.

If you’re looking for ways to watch them online, the BBC has you covered. Check out the full daily schedule for BBC coverage below, and head over to our Media Centre guide for an overview of what to expect from the BBC this year. Plus, yes, you can listen to coverage on BBC Sounds–just check out the following page for more information.

A World of Sport in One Place

The BBC will have comprehensive coverage of the Winter Olympics in Beijing, China from 4-20 February. There will be more than 300 hours of live coverage on BBC One and BBC Two. This will include full live coverage of all the key events, plus highlights programmes, news and analysis across television, radio and online.

This year’s Winter Olympics will be a feast for sports fans, with BBC Sport providing extensive coverage. Highlights, on-demand clips, live text and reports will be available online and via the BBC Sport website and app. In addition, Team GB’s 50 athletes are hoping to secure a record number of medals in this year’s edition of the Games.

Of course, as you are probably aware the BBC iPlayer which contains all the BBC coverage both live and archived is only normally accessible in the United Kingdom.  If you try and access from outside the UK then you’ll get blocked automatically.

However, millions of people do watch the BBC iPlayer every single day from outside the UK.   You need a couple of things to do in order to access the BBC, but it’s quite simple.

First you need a VPN, this stands for Virtual Private Network and is a method of hiding your real location.  Basically, you connect to a VPN server based in the UK which hides your real IP address and gives you a British one.  Anytime you want to use the BBC iPlayer you need to connect to a UK server beforehand.

To access the BBC you’ll need a free BBC iPlayer account.  Many people worry about this stage but it’s really no problem.  You may already have one if you’ve spent any time in the UK, if not don’t worry it’s quite simple.

Then you can use your BBC iPlayer account whenever you like, if you’re outside the UK then make sure you connect your VPN first.

Here’s how easy it is using the NordVPN service.

As you can see it’s very straightforward and you only need to create the account one time, what’s more you can use the VPN to enjoy all the famous UK TV channels like ITV, Channel 4 too.

If you have any problems at all connecting, then switch which NordVPN servers you are using.  Here’s the best NordVPN servers for the BBC, although most of them should work fine.

The Winter Olympics TV schedule will be as follows:

You will be able to watch the Winter Olympics on BBC iPlayer, Red Button and BBC Sport website. Live streams of events will be available and you could restart live broadcasts if you missed part of it. This is actually a great feature especially if

Discovery+ coverage will be pretty much wall-to-wall. Simply log into their website or app and scroll through to find the live or on-demand action you want to see and away you go!

So can watch the Winter Olympics on BBC and Discovery+ depending on your location. 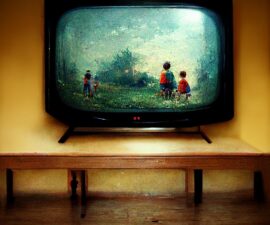