VPN for Watching the BBC from the USA

There was a time when your location was pretty much irrelevant when using the internet.  Whether you logged in through a modem from a Chicago library or a coffee shop in Paris, it didn’t really matter the internet was the same for us all.   However slowly over the years this has changed, and although it’s not been a quick process the difference is quite significant.

I first noticed it about 15 years ago, when I used to order all sorts of stuff from a few French firms for delivery in the UK.   In fact at one point I used Amazon.FR more often than the UK version, simply because of the relative costs and the favourable exchange rate before the UK pound had plummeted.   It was very simple to order from these websites and even if you had to pay a slightly higher delivery charge the discounts were worth it.  Unfortunately this situation didn’t last for long and now you’ll find it much more difficult to order from websites based in France if you’re in a different country (although it is possible).

There are many reasons that firms want to split up the internet by location again. However certainly the biggest is that of ‘price discrimination’, which is an economics concept involving maximising profits by charging different prices based on your location.   International vendors want to be able to charge different amounts depending on which market you’re in, they don’t like consumers being able to cross these boundaries and buy from where they like.   Basically you can charge more in some countries and make more money.

The other significant reasons are related to this but refers to outdated copyright laws – which tie rights to locations.  So, a media company will still license a film or music track based on the location of the listener, which again relies on artificially segmenting the internet into different countries.  One of the prime situations is with online TV stations who allow access to their programmes only in their domestic market.   Tragically this means that millions of people are denied access to the sublime BBC iPlayer from places like Canada and it’s treasure trove of quality programmes simply because they’re not physically in the UK.

However there is a solution and here it is…..

How to VPN to BBC from US

For those who don’t want to be blocked, filtered or controlled online there is a simple tool you can use. It’s called a VPN and it allows any ordinary user to both encrypt their internet connection and hide their true physical location. When connected to a VPN server, the websites you visit see the location of the server not where you actually are. Therefore a UK VPN will give you a UK address, a US VPN will give you an American identity and so on.

Let’s see it demonstrated in a brief video –

As you can see using a VPN bypasses any of these ‘geo-restrictions’ quite easily, basically you can VPN to BBC from US or any other online UK television site. Similarly if you switch to a server in another country you can access sites in that country too, for example choose a Canadian server and watch Canadian TV. Want to practice your French? Then simply connect to a French VPN server from the list and go and find the French TV site M6 Replay, you can then watch the Simpsons dubbed into French!

Subscribing to a decent VPN service is becoming more of necessity to anyone who wants a little privacy online and the ability to access what they like.  Although it’s used by millions to access digital services like Hulu, BBC and ABC, in some countries it’s even more important.  Increasingly countries and states are taking control of internet access and filtering based on a political or religious agenda.  In many countries social media for example is heavily restricted, plus many religious conservative countries will block thousands of sites like gay rights or from different religions.

There are many VPN services out there, our recommendation is one called Identity Cloaker which is affordable, secure, super fast and well supported. It gives you a secure internet connection and allows access to all the world’s best online broadcasting applications.

Try the . and see for yourself, never get blocked again and surf the web in complete privacy. 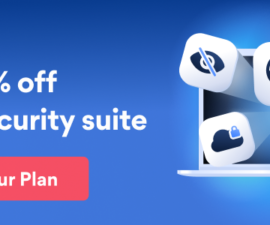