In this article you’ll learn the answer – to how does BBC iPlayer detect VPN connections and which ones still work.

It’s not quite common knowledge, but there are now millions of us who use VPNs not particularly for security but more to access websites that are blocked because of our location.  Indeed for many sites it’s simply an inconvenience, that you just have to cope with when watching.  As the prevalence of geo-targeting increases then the more we find ourselves relying on our personal VPNs to bypass them.  It’s rarely arch cyber criminal stuff either, more wanting to catch Match of the Day or Coronation Street, perhaps to access to cBeebies to keep a toddler happy.   If you travel a lot or live away from your home country, a VPN is likely to be an almost essential tool, to maintain links and connections that are increasingly blocked online.

The BBC iPlayer is probably one of the most commonly watched via a VPN.  Indeed there have been numerous estimates that millions access the BBC’s streaming content from outside the United Kingdom every single day – I am certainly one of them!  However over the last few years, simply subscribing to any VPN or proxy service hasn’t always been enough.  Increasingly websites like the BBC have been actively trying to block these too, resulting in something like this – 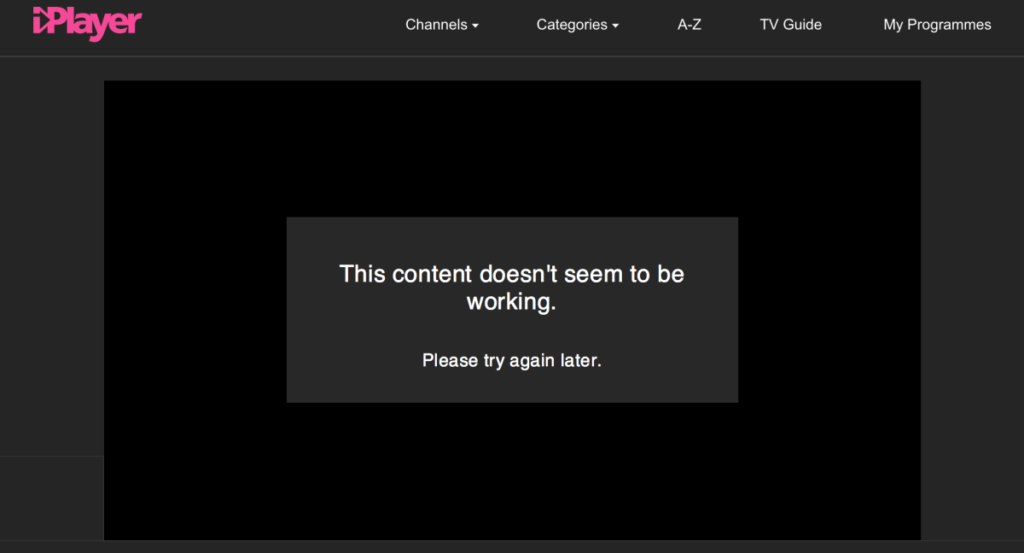 It’s a particularly annoying message, as it’s of no use whatsoever.  The BBC suggesting some temporary technical issue which will be solved soon.  While we both know it’s really because we’re using a VPN to bypass all their restrictions.  It didn’t happen very often 5 years ago, limited usually to the trashy free proxies and VPNs with very dubious funding models.  Now you can actually still pay a hefty amount for a world class VPN service and still receive this message.  You’re simply paying for virtually the same error message that anyone without a VPN from outside the UK would receive too.

So what’s going on?  Are all VPN programs now broken? Why has this suddenly become such a problem and is this the end of using VPNs to bypass country restrictions forever?  Well no not really but it has made a little bit more difficult.  To understand why and what we can do about it, then it’s important to answer the following question.

Despite what the VPN provider’s will tell you – it is possible to detect and block a VPN.  One organisation has been doing it for years – aka the Chinese government.  The so called Great Firewall of China has been blocking most VPN services for many years, although it’s also true to mention that some adapt and sneak through.   The Chinese however go to extreme measures, wiretapping all data and analysing it all in order to detect, compile and blacklist VPN traffic when it’s detected.   Who knows the resources that are used for all this anti-VPN technology but it’s safe to assume that it’s out of the reach of most commercial and private organisations even the large media companies.  The cost of blocking them must be phenomenal. 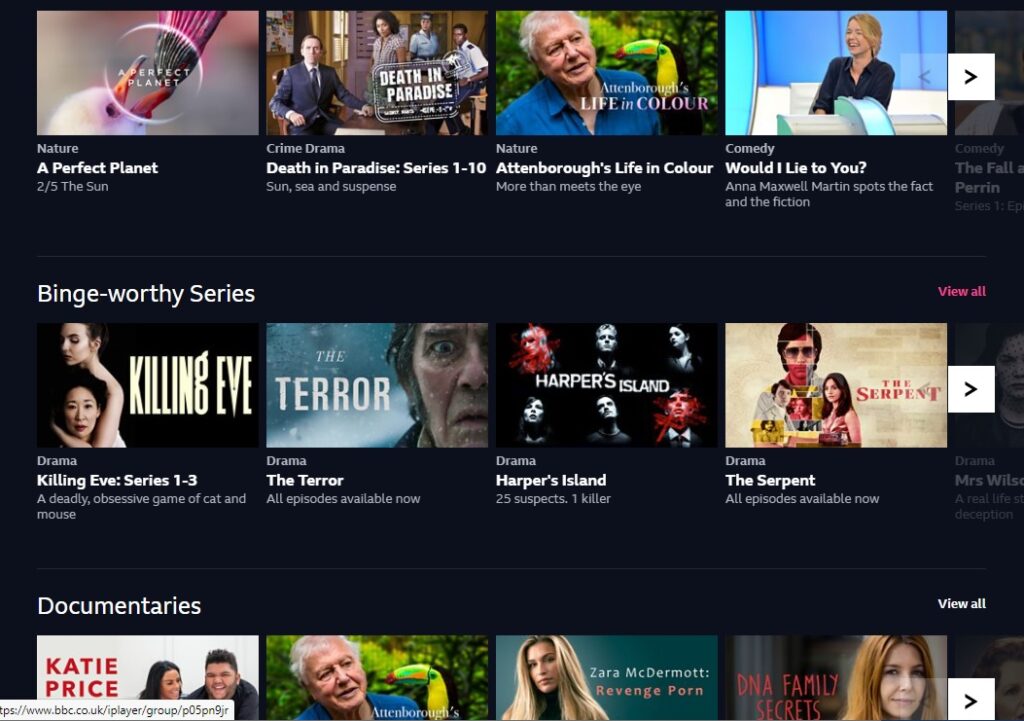 The technology is always changing and the obfuscation techniques the VPN providers use keep adapting.  The Chinese have at some point detected and blocked every major VPN service, yet even they have never achieved a 100% block on them and likely never will.  Latest studies suggest that currently NordVPN works perfectly well from within China for example.

You can certainly forget about the IT department at the BBC  ever having the sort of resources available to get anywhere close to this.  However it’s also fair to say that in recent years many, many VPN users have found their service blocked too!  Not just with the BBC but other UK channels like ITV Hub and Channel 4 as well.   Unfortunately although detecting the specific traffic and connection of a single VPN connection is extremely difficult, there’s actually a much, much simpler way of detecting the presence of a large number of VPN users.

Detection of VPN by Checking for Multiple Connections

As you probably know, everyone who uses a computer or any device online needs an IP address.  This is a network number assigned to your device which enables communication over the internet.  There are no exceptions and every single address is unique.  The number is assigned and allocated through your internet gateway – for most of us this happens through our internet connection at home, but could be through the company network, college or your local coffee shop.

Generally there will only be a few people using each connection and so the number of people using each individual IP address will be limited.  At home it will be limited to a few family and friends.  Even on a shared wifi connection there will only be a limited number using the same address at each time.  The largest number will be when people use the internet at work where a larger number may share the same address.

However with a VPN, works by routing your connection through a specific address and each one potentially could be shared by many more.  Particularly with a popular VPN there can be tens of thousands of people could be using the same IP address. Mostly they’ll be doing different things and so this won’t generally be an issue, but when lots are using to access a popular site it can be very bad news. If thousands of people are using a particular UK VPN service to hide their location for example, you can reasonably assume many of them are trying to watch UK television sites.  Indeed it’s highly likely hundreds or even thousands of people could be using a single UK IP address to stream programmes from BBC iPlayer.  This would never normally happen, generally the BBC would never expect to see more than a couple of connections on each individual address.  As the numbers rise on each connection the likelihood that it originates from a VPN servers grows exponentially.

It’s quite a simple check and one that can actually be achieved automatically by configuring network hardware.  When a certain threshold on the number of connections is reached for each IP address then it can be ‘tagged’ as a VPN and blocked (either temporarily or permanently).   Their main decision is to decide on the number of connections allowed from each IP address. The lower the number the higher the possibility that you’ll accidentally block people from large shared internet resources like company networks, libraries and coffee shops.

This is the model that most media companies are moving towards in blocking access from VPNs and proxies.  There are certainly other methods but blocking multiple, concurrent connections is simple and cheap to implement and it’s also very effective against most VPNS.

What’s the Solution for the VPN Services to Unblock sites like the BBC?

It’s really a cat and mouse game between the media companies like the BBC and the VPN service providers.  If the VPN is to continue working with a particular site then they need to do the following –

Both are possible of course, but it takes time, expense and effort. It all depends on how important to each business model the enabled access is ! There no point spending a fortune enabling access to a specific site unless it generates enough revenue to justify that expense.  Many VPN providers have given up and simply don’t bother supporting access to the BBC.  Although it should be warned that most will not tell you that so ensure they have a refund guarantee available.

It can be difficult to choose and it’s definitely worth checking with any pre-sales support or dropping them an email.  Yet as mentioned many wil promise access and just hope you can be bothered to complain or get refund.

There’s still quite a few who do work with the BBC iPlayer and attempt to maintain access to other popular media sites too.  Generally the VPN services that still work with BBC iPlayer in 2021 tend to be  in one of two main groups –

Both these companies try and maintain access to BBC iPlayer and the vast majority of the time they work fine.  You should always remember though that it’s the IP address that’s being blocked or blacklisted so don’t write off a provider on the basis of one address.  Most decent VPNs will offer many UK IP addresses so try different ones.   Most of the Identity Cloaker ones should work purely because they have a smaller user base which slips under the radar. 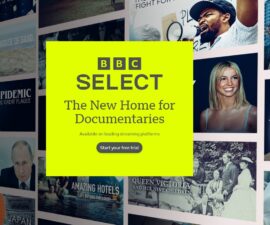 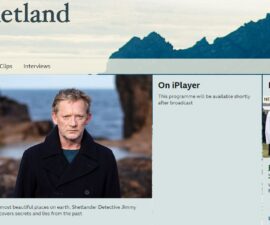