Home
BBC
A Year to Change the World: Greta Thunberg on BBC iPlayer
Tweet Pin It

You Can Still Watch Greta on BBC iPlayer

Quick Update November 2022.  As we’re approaching COP27, thought I’d quickly update this post.  This Greta Thunberg BBC documentary is still on the BBC iPlayer and should be available for some time.

An eagerly awaited documentary series following the 18-year-old environmental activist Greta Thunberg will be broadcast on BBC next week.  The first episode in the three-part series is due to be broadcast on Monday 12th April and you can watch it live on BBC or stream from BBC iPlayer and their archives shortly after.

Here’s the trailer for this important documentary –

The documentary follows the Swedish teenager on her ‘gap year’ which she spent travelling the world raising awareness about climate change. During the year she was followed by a camera crew as she meets with some of the world’s leading scientists to explore the consequences of the climate change crisis on future generations of the planet.

She visits various sites which are partially responsible for the crisis, including some coal mines in Europe and the expanding oil industry in Canada. She takes the campaign to those country’s political leaders urging them to change these policies. the first episode follows Thunberg as she travels to a climate conference in Chile after visiting various locations in North America with her father Svante.

They visit all sorts of locations which illustrate how the rising temperatures is affecting the environment. It’s a scary insight into the effects of oil production on forests and wildlife and a shocking expose into the realities of global warming. In many scenes, Greta is seen pleading her case with politicians and the viewers to heed her warnings. 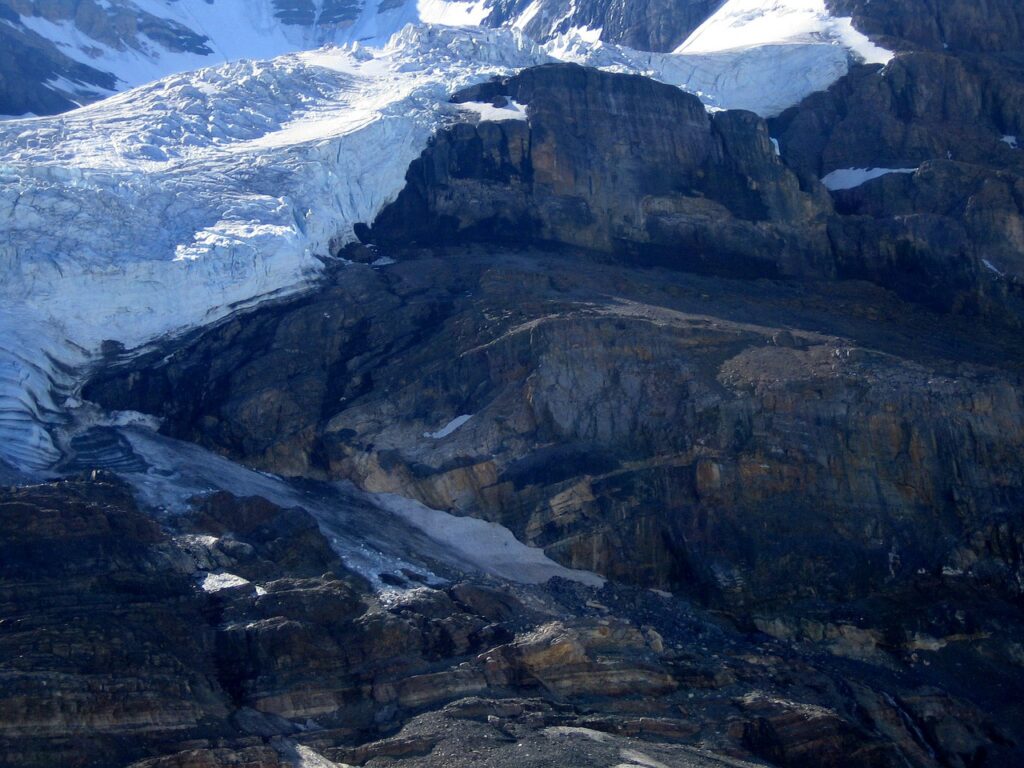 There are interviews with all sorts of climate change scientists and experts. Perhaps the highlight particularly for British viewers will be one with the naturalist and broadcaster Sir David Attenborough. A meeting she later described as truly remarkable.

Greta Thunberg is often ridiculed and teased especially by those who profit greatly from the industries that cause much of the climate change issues. However in this documentary we see a young women with an incredible commitment to her beliefs with a very real warning of the catastrophe which we’re heading towards. It’s difficult to not be moved by this documentary.  It’s interesting to see how the issues are portrayed in European and British TV than elsewhere in the world.

Watch out for the visit to the Athabasca glacier in Canada, where scientists report is thawing even faster than the previous models had predicted. The reason ? The soot from nearby forest fires falling on the glacier and raising it’s temperature.

It’s perhaps a documentary you think you ‘should watch rather than want to watch’  but it’s an interesting and entertaining watch.  Of course the fundamental issues are something we all need to be aware of.