The BBC’s coverage of Glastonbury this year was brilliant or was it just the great music and fantastic weather. I only wish my one and only visit to this incredible music festival had been in similar circumstances. If anyone thinks that mud, rain and cold adds to the atmosphere and the ‘togetherness’ of the festival I can assure them that I’d have swapped my rain sodden experience with that of the 2019 festival in a heartbeat.

The BBC actually couldn’t go wrong, balmy evenings and lots of sunset shots to intersperse the music made for compelling viewing. What the BBC successfully did is project some part of the ‘festival feeling’ into our living rooms. Sure, it was only a small part, but it did make you feel as you were there to some small extent.

So, it’s over and no doubt everyone’s rushing around, trying to figure out how to get tickets for Glastonbury 2020 and of course how to afford it. Interesting point that the average visitor spends over £650 each on their visit, including tickets, equipment etc. It kind of dispels the image of a free concert filled with all sorts of people from across the social spectrum. I’m afraid most of the ‘free spirit’ hippy types I know couldn’t raise 10% of that sum never mind be organised to try and get a ticket month in advance.

However, let’s not denigrate the festival as it’s not entirely their fault – great bands, organisation and even a social conscience don’t come cheap, and this simply wouldn’t happen without a large income unfortunately. For music lovers it’s a treat and anyone who enjoys music will find something to enjoy.

How to Watch Glastonbury on the BBC iPlayer.

So as the festival is over does the mean all those amazing live events can’t be enjoyed again?  Well of course, the festival is released on various formats so you should be able to buy the DVD soon but there is another option.

The whole event is still on the BBC iPlayer, and you can even select and watch your favorite performers.  The Glastonbury Festival has its own page where you can select and watch from the archive – here’s the link.   The content there changes all the time, especially when there’s a new festival on.  It’s a great way to spend an evening, soaking up the atmosphere of one of the world’s most iconic music festivals.

Now you may have heard that the BBC has extended its archive to allow shows to be watched for much longer. That is definitely the case as most of the BBC shows can be streamed for over a year from their broadcast. However, there are some exceptions and unfortunately the BBC Glastonbury’s coverage is one of them, so you only have a limited time to enjoy them for free. I’ve just checked, and it has reverted to the 30-day limit, so you only have a few weeks to logon and enjoy the festival.

Please do check it out, it’s one of the best and I’m sure everyone will enjoy it. My favourites were the Killers and Stormzy but you’ll find lots of other classic performances too.

Use the VPN Solution for BBC iPlayer

For those outside the United Kingdom the usual restrictions apply but they can be mitigated quite easily. For a start there’s an easy option on our front page using NordVPN – just follow the link to here https://iplayerusa.org/ and watch the video demonstration. It shows how simple it is to change your IP address location so that you can watch the BBC iPlayer from anywhere in the world.

It also offers access to all the other BBC sites including BBC Sounds and all the eleven TV channels which stream live.  For sports fans there’s also Match of the Day to stream on a Saturday night too!

If you’re only after the latest Glastonbury coverage remember though most of it is only there for a month so pick a subscription level which is appropriate. Don’t subscribe for years if you just need to pay for a month. Most of the decent VPN providers will offer a shorter subscription which you can just use when you need.  Check though if there’s other stuff you can use it for as they are much cheaper on longer term subscriptions. 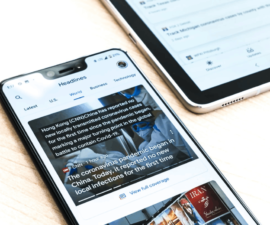