I’d forgotten about this wonderful programme, which is a shame because it’s definitely worth watching over and over again.  I was reminded by the release this week of something called Planet Earth – A Celebration.  This is basically highlights show of the first two series set to an original score by Hans Zimmer.

It’s a glorious compilation enhanced by a beautiful score, something that these images truly deserve. Here’s a taste of some of the show, with a message by the show’s presenter David Attenborough –

The second series reached new heights of popularity and indeed it seems like one of those rare TV shows which can genuinely change society. I know children who have been truly inspired by these television shows, one who has just started studying Zooology. Indeed, it was reported at the time of the second series launch that more young people were watching Planet Earth 2 than X-Factor. Something that does perhaps give some hope for the future of the planet, with all due respect to the popular talent show!

If you’ve missed the original shows, don’t worry they’re all available online currently.  Even the original series is listed as available for six more months (i.e., until March 2021) on the BBC iPlayer here.  The second series and the new Planet Earth A Celebration should be around for twelve months or so which should mean at least September 2021.

The BBC iPlayer is a treasure trove for programmes like Planet Earth. The problem is that these shows literally take years to produce and there’s very few organisations who have the capacity to produce them. They are simply breath taking however as part of a purely profit-making entertainment model then I’m not sure they’d ever exist. Despite the huge viewing figures, it’s such an enormous investment in both time and money that it’s unlikely they would without the BBC’s public funded model. 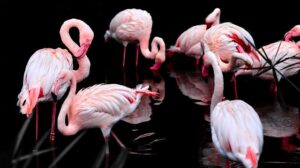 Unfortunately, though, if you’re not currently physically located in the United Kingdom then the treasures of the BBC iPlayer will be unavailable. There’s currently no way to directly access the BBC and their shows although BritBox is available in some countries.

The reason is that like most modern streaming services online, they’re heavily filtered and are normally only available to a domestic market. So, all the major US sites are only available in America, the British TV sites like the BBC and ITV are only accessible from the UK and so on. Literally every single entertainment site of any importance operates these sorts of restrictions. For those of us brought up with the idea of open and free information access over the internet, it’s incredibly frustrating. It doesn’t matter if you are a citizen of that country, your physical location is the only thing that matters.

Fortunately, there is a way to bypass these restrictions for virtually all of these sites. You can use a simple tool to gain access quickly and easily to any geo restricted website or videos. Here’s a quick demonstration which shows you exactly how easy it is to watch BBC iPlayer online from anywhere in the world.

It really is quite simple, although when you use terms like VPN and IP address switching, I agree it can be intimidating! Effectively all you are doing is installing some software that allows you to click and change your location. You don’t really need to know more than that other than which country to select. So, using the NordVPN software illustrated you’d select the UK for any British television sites and of course to watch Planet Earth online. Then either turn it off to return to your current location or click on another country to bypass a different block.

The BBC iPlayer allows access to all its live streaming channels (currently eleven), so you can watch anything as it’s broadcast. You should remember the time differences though between the UK and your current location. I’ve tuned in to enjoy Match of the Day before and realised to late it had finished three hours earlier. Fortunately, the vast majority of shows are also available for twelve months via the huge archive section too. There are some exceptions to this, some sporting events, films and News programmes are not available in the archive or only for much briefer time (Match of the Day included which is only accessible for about a week after broadcast).

There are of course, thousands of different VPN services available most of which promise to bypass all these blocks.  However, you should be aware that only a small hand full will actually work with BBC iPlayer.  This is because the BBC works to block access to these services and only the best companies are able to maintain access.

These are monitored and the IP addresses switched regularly so that they’re not blocked by the BBC.  Many of the other hundreds of servers will still work with the BBC but they might occasionally drop connection, so use these if you’re watching iPlayer.  Just search for them and set them up as favourites within the Nord VPN application, you only need to do this once.  Then select one when you want to enjoy Planet Earth streaming or any other BBC programme. You can also watch Channel 4 in the USA using the same server, they have some great documentaries too.

Here’s the link to our preferred VPN and the latest discounts that are available currently.

Nord VPN Deal of the month.