Although the BBC iPlayer is technically unavailable outside the UK millions of people have access by simply using a VPN or proxy to hide their real location.   This has been the case since the BBC first introduced iPlayer from the beta version in 2007, in fact they have always had thousands of users from outside the United Kingdom.  The BBC has always pretty much tolerated this, occasionally blocking the odd VPN service or proxy but on the whole not doing too much.  However, this has now changed as BBC iPlayer blocking VPN services across the world and in some senses as aggressively as some commercial organisations like Netflix and Hulu.

This has come as a great shock to many, as mentioned millions of people discovered years ago that a VPN was the simplest way on how to watch BBC One from the USA or anywhere outside the UK. Their somewhat laid-back approach to region locking has meant that previously pretty much every VPN service would work with BBC iPlayer.

In fact, some of the free proxy services could even be used to access iPlayer.  Now the majority of these services have been blocked by the BBC VPN block. 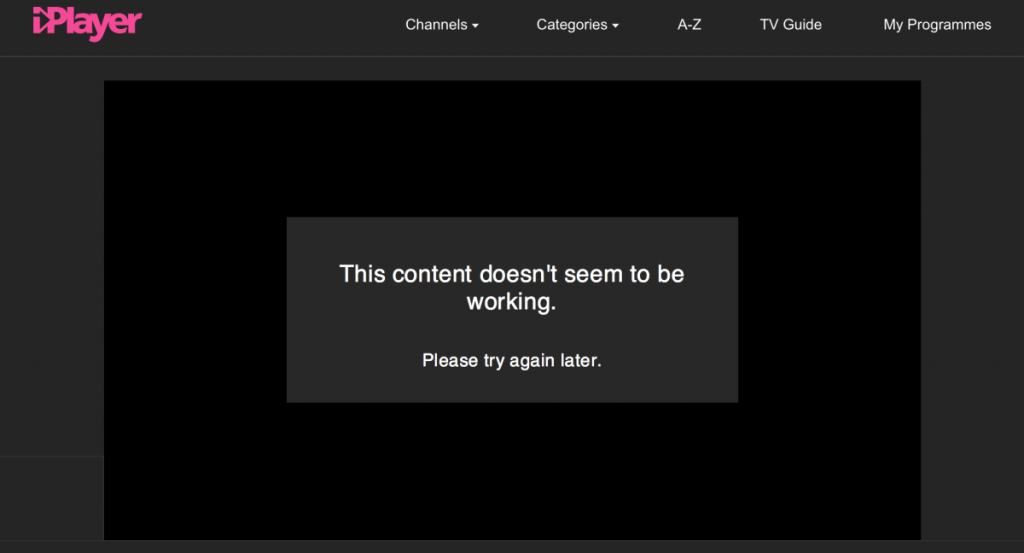 This is a typical message that greeted all those VPN users who are affected, a rather obscure ‘this doesn’t seem to be working’ message.   It looks like a simple error or misconfiguration, but it actually means that the BBC has actively blocked the IP address of the server you are connecting with – which means it won’t work now or in the future.

A VPN is actually extremely difficult to detect by these media companies, it is after all an encrypted connection between your computer and secure server.  The web site you visit has no way of determining whether this connection is direct or relayed and so it’s impossible to simply block all VPN connections.   What actually happen is that the BBC are creating a huge blacklist of IP addresses used by VPN servers either manually or by determining which IP addresses are being used by multiple streams. It is quite difficult to maintain these lists, but it is effective, and the majority of VPN services now don’t work. SO, if you’ve tried accessing the BBC using a VPN from somewhere like Canada or the US and it doesn’t work anymore this is likely to be the reason.

However, fear not, BBC lovers all across the world still have an option.  Although it has become more difficult a few of the better VPN services still work.   The secret is to keep a low profile, a low contention rate and to frequently rotate your active IP addresses.   It is time consuming but the serious VPN companies have had no option to adopt this strategy to maintain access to one of the world’s most popular media site.  They don’t need to do this with all their servers just the ones their customers use to access the BBC.

The BBC will occasionally catch out an IP address even with this method, but these can be filtered out and replaced with new addresses.

This is what NordVPN do.  Instead of trying to maintain access to thousands of UK based VPN servers, they concentrate on a few.  They have been rotating UK IP addresses on specific servers for many years.  I checked them out this morning and they were all working.  Occasionally one might get blocked but it’s a simple matter to switch to another.

VPN Servers Not Blocked by the BBC

Here are the best NordVPN servers that they ensure are not being blocked by the BBC.

Don’t let the program ‘AutoConnect’ by simply selecting UK.  Pick on the above servers by typing in search bar and then save to your favourites if it works well for you.

It was a trivial matter for me to simply switch to a working address by clicking another server. This should be enough to enable access to the BBC iPlayer all over the world for the time being.   Which is a huge relief for all of us ex-pats who would be completely lost without having access to the BBC.   If your VPN has stopped working why not try the to see a VPN the BBC cannot block! 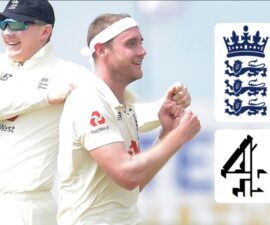 It’s finally happened after what seems like decades but is …
February 5, 2021
8 min read