It used to work just fine! However, in the last year or so BBC iPlayer has started to block access to many VPN programs. This is important as thousands of people use VPNs for security and to bypass country specific restrictions that often exist on poplar streaming sites like the BBC.

The BBC has been accused of deliberately blocking access to VPNs in an attempt to prevent people from watching content for free. The BBC like all the other UK TV channels such as ITV, Channels 4 and 5 restrict access to UK viewers only. However, the real reason is that too many people are using a single server at the same time, and this overloads it causing problems with streaming quality, which may lead users to abandon their service altogether. 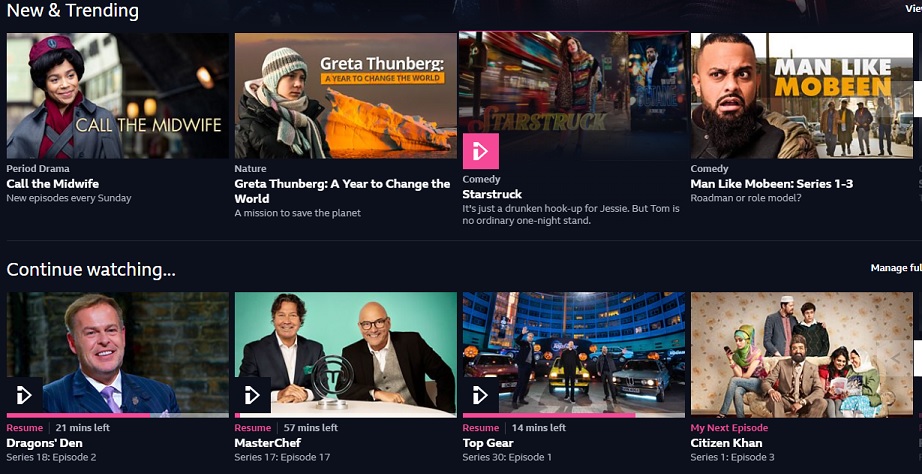 However, there’s more than just a problem with streaming quality as users of ExpressVPN have recently discovered. The BBC and other sites have started to carefully monitor the number of ‘concurrent connections’ from both individual IP addresses and IP ranges. They have discovered that this is the easiest and cheapest way to discourage and block the use of VPNs being used to circumvent their restrictions.

How Do VPNs Allow Access to BBC iPlayer Anyway?

For many years, the BBC like almost every media website on the internet limit access based on people’s physical location. That is where you’re connecting to the internet from, nothing else matters. The Director General of the BBC for example would be blocked from watching iPlayer if he was on his holidays abroad!

The technology is called geotargeting and assesses your physical location based on your IP address. Although not 100% accurate, your network address is a pretty good assessment of where you’re connecting from. So, the BBC would only allow access if your IP address was registered as being used in the UK.

This works pretty well, until someone discovered a simple workaround. If you connected to a VPN server first, then only the IP address of the server would be visible. So, if it was in the UK then you could stream from the BBC and other British sites irrespective of your actual location. For many years, millions of us have being doing just this so that we can watch the BBC, ITV, Channel 4 from anywhere in the world. Of course, the BBC are not that pleased about this and have been doing their best to block this workaround.

Currently, there are reports that the BBC are able to detect about 98% of VPN connections and block them from reaching their website. I’m not sure this is completely accurate but there’s no doubt that they have got much, much better at blocking VPNs being used to bypass the country restrictions.

How the BBC is Stopping ExpressVPN (and others) from Working

It’s actually pretty difficult to detect a VPN being used, indeed even the Chinese Government are able to block all VPNs. However, there is a much easier way than identifying the VPN itself, you simply have to focus on the IP addresses that are being used.

Most commercial VPN providers will share IP addresses with hundreds or even thousands of individual users. When you connect to a VPN you use a shared IP address to connect to the target website. So if you connect from home, you might share an address with one or two people in your house using the same connection. If you use most VPNs, you’ll be connecting with thousands of other people using the BBC at the same time with the same IP address. It’s really not difficult to predict who’s using a VPN/proxy and who’s not simply by the number on each IP address. Simply blocking access to any IP address with a large number of concurrent connections stops a large percentage of VPNs from working with the BBC – which is exactly what they’ve done.

ExpressVPN like most other VPN providers minimize their costs by sharing IP addresses among their users. It doesn’t really matter on the majority of sites, but it does make detecting a VPN very simple indeed for the media streaming sites. It can even be done automatically concurrent connections > X then block IP address.

Choosing a VPN That Doesn’t Get Blocked by BBC iPlayer

The ideal solution of course is to have a VPN which doesn’t share IP addresses. However, the problem is that assigning individual addresses makes the service much more expensive to run. You can buy these VPNs though with a dedicated UK address at specialist VPN providers like IPBurger. They’re not as expensive as you would imagine but be very careful that the IP address is not from a range that is already blocked by the BBC as you’ll get the same problem (only costing more!).

The more economical and pragmatic solution is to find a VPN that attempts to minimize the use of IP addresses to specific sites like BBC iPlayer. There is a balance to be achieved which can keep the cost of the VPN lower while still working with the BBC. Our favorite VPN which does work well with BBC iPlayer and the other UK TV sites is called NordVPN.

They have taken the decision to allocate specific servers to access BBC with. These servers can be monitored, and the IP addresses rotated regularly to ensure that they work with iPlayer. You can see the servers which are optimized on the right-hand column of this post.

Other options are to look at the less popular VPNs which don’t have the many thousands of customers. If they have a decent amount of UK servers, then they should work perfectly well without any special effort.

It will be interesting to see if Express and the other larger VPN companies try to deal with their connectivity problems to BBC iPlayer. They might decide that the potential market of Ex-pat BBC and UK TV watchers is not actually worth the effort.

BBC iPlayer is a geo-restricted service and as such only available to UK based viewers. The content on the BBC website cannot be seen outside of this country, even if you are using a VPN server in another part of the world. ExpressVPN has stopped working with BBC iPlayer in Canada and other places due to an increase in usage by other customers