Home
UK TV
Do You Need a VPN for Streaming TV ? Here’s What You Should Know in 2022 !
Tweet Pin It

Lots of people now use the internet for entertainment. Even traditional sources like television, films, and music are more conveniently available online. What’s more we don’t even need a TV set to watch on their devices whenever or wherever we are. In this post, we discuss the top reasons that a VPN is so useful for streaming content from any source online.

Here’s some of the ways a VPN can help –

VPNs provide an added layer of protection against those who wish to intercept your personal information.

A VPN allows you to encrypt your data and network traffic to use public WiFi only with credit where it’s due, so to speak. Encryption protects personal information such as passwords, credit card numbers, personal health information and account information from hackers.

A VPN Can Hide Your Physical Location

When you connect to the internet, your movements can be monitored or even tracked because of your IP address. Your real location when you’re online can be identified extremely easily using this network address. In fact as soon as you connect to a major website they will almost certainly have identified what country you’re in at a very minimum. IN reality it’s more likely to be your exact address although most marketing doesn’t target to this level. Certainly with a little investigation even more specific information can actually be obtained.

If you use a VPN, this is hidden as it hides your location from any website or resource you use online.

The Really Secure VPNs Will Even Protect against most forms of Cyberattacks.

A VPN is a private network that offers internet security. A virtual private network provides a secure encryption to numerous servers across the world. It allows you to browse privately and securely, and it can also provide protection against hackers. The best VPNs have built-in defences against many different cyberattacks, which is something to remember. When you’re online a lot of the data you transmit can easily be intercepted, specifically with regular browsing and email. When using a VPN, (Your) information is secure and cannot be accessed without breaking the encryption.

Bypassing all the Geo Filters and Blocks

Many of the world’s best sites especially video and TV ones have restrictions based on where you physically are located. This means that you’ll often find that you can’t access a specific site or certain functionality. So for instance although you can get to the BBC iPlayer site from anywhere outside the United Kingdom – you can’t watch live TV , stream video or listen to the radio channels. The vast majority of large entertainment sites are like this not just in the UK. Certainly all the main US media sites are restricted to their domestic markets and all the European ones too.

A VPN obscures your real location, and it bypasses all these geo blocks which are increasingly common on the internet. Which means you can access great entertainment sites like the BBC, Hulu and Netflix irrespective of your location. If this sounds difficult, don’t worry because it really isn’t. To see an example of how easy it is to use a VPN for streaming then check out the one later in this page.

So Is a VPN Really Necessary?

I mean do I really need a VPN for streaming, security etc ? VPNs used to be considered a luxury just for large corporations with sensitive data to protect and budgets to use. Generally only the large companies and major multi-nationals would install things like VPN software on their laptops to keep their employees data and connections safe. It did mean that they were also able to leverage the communication network that is the internet without expensive private networks or putting their data at risk. It was a time when Internet crimes were extremely rare, but now that they’re more common, almost all businesses should really use virtual private networks as standard for travelling.

The other customers were mainly technologically-minded people and computer nerds who would use a VPN to connect through using their home network. Though over the years, and certainly recently awareness has grown about how both security and privacy risks have developed. The security and privacy of your data and credentials has become an important issue particularly if you use the internet away from your home or corporate network.

When using a company gateway or using ADSL at home, there is a certain amount of security and protection. Normally these networks are known and secured, so are relatively safe – although this isn’t always true! When you’re travelling though, you’re probably going to be using websites anywhere from insecure coffee shops, libraries, hotels – I’ve even used Wi-Fi hotspots in public parks. What’s more, these ‘public access’ wifi points are very often targets for criminals who want to access user credentials like logons and passwords from people using them. Imagine what damage a criminal could do if he intercepted everyone’s email accounts from a badly secured access point in a hotel lobby for example. What’s more worrying is that there are millions of these badly secured access points in places like airports, hotels, cafes and even hotels which are popular targets for hackers.

VPN’s act as an important layer of protection when using them to connect to the internet .Attackers may be able to grab your data however with the layer of encryption provided by the VPN they wouldn’t be able to read it. This ensures means that your email account, banking details and other logins/passwords will be protected.

Streaming TV Through a VPN

Many people use a VPN or virtual private network now especially when traveling or online for security reasons, but probably more just to stream their favorite TV shows! Most of the websites on the Internet which stream any sort of copyrighted material will filter access based on your physical location. So that when you’re travelling often websites you depend on will suddenly become inaccessible.. When using a VPN, you can pass yourself off as someone else in any country, simply by connecting to a specific server in that country.

Another reason is that many sites are blocked – this can be fixed, but it requires a way of changing your location. The minute you connect to one of these sites, they will check your location and verified it. It is particularly difficult for expats to let go of TV and news sites that are important links to their home country. Fortunately, VPN access doesn’t require any special hardware or software, and it lets you use web sites which are blocked no matter where you happen to be.

Just watch this video to see how you can change your geo-location so you can access the wonderful BBC iPlayer site or ITV Hub from outside of the United Kingdom.

As you can see, it’s fairly simple to do this for yourself and thousands of others have already taken advantage of this opportunity. If you decide on picking a good VPN like NordVPN, you’ll get access to hundreds of servers all over the world. English-speaking viewers can find some great shows in Canada, USA, Australia, and Ireland, as well as the UK using the same VPN service.

Depending on what country you want to access, you have to either switch to the server for that country and there won’t be any restrictions. Some entertainment services may ask for your cable company or a provider before allowing you in but others don’t.

Streaming sites are usually block or filtered when travelling but VPNs can help you get around these restrictions. Yet there’s another reason people actually are using them even in their home country. There are actually other filters applied which don’t work just on your location, or even applied from the website themselves. Streaming video is a huge use of bandwidth for ISPs and a major cost. However most ISPs are reluctant to put anything in place officially to restrict these users. To start capping download limits in today’s competitive broadband markets would be commercial suicide. However what they are increasingly starting to do is to throttle video traffic when a user or account reaches a certain cap, slowing it all down.

This causes videos to continually buffer while they play, they’ll still work but you’ll find you need to pause them occasionally. It can be extremely frustrating especially if you’ve paid for high speed connection specifically for multimedia. However if you are using a VPN whilst streaming then the traffic can’t be identified as video and your speed will not be affected. Remember though not all ISPs actually do things like this, so you’ll only need a VPN for those scenarios.

Which is the Best Value VPN for Streaming TV

The prices of most VPNs have come down over the recent years largely due to increased demand and competition. Network fees and bandwidth charges has fallen to such an extent that they are affordable for most people in most countries. 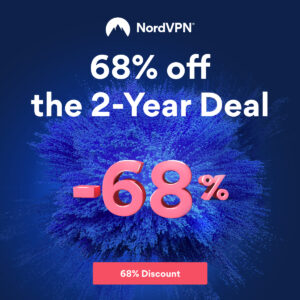 Which VPN you choose largely depends on what your specific requirements are. If you just want security to stop people tampering with your privacy, there are a great deal of options. The company should be concerned with the security of the servers and infrastructure, ensure it operates responsibly. Some VPN providers maintain logs and this doesn’t always protect your online identity.

One of our favorite VPN companies actually operates from Panama. This is to ensure that it is not bound by various American and EU privacy and security laws. It’s called NordVPN and it’s also probably the largest VPN provider in the world. We like it because it’s reasonably priced but also works great for most geo-blocking services. The vast majority of large entertainment sites will work with NordVPN and it even has dedicated servers for one of the hardest to access BBC iPlayer. 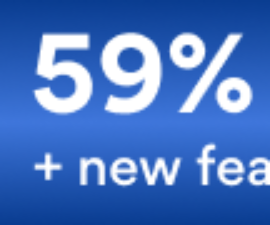