Home
BBC
Which is the Best VPN for UK TV Abroad including BBC iPlayer in 2022?
Tweet Pin It

This used to be an incredibly easy question to answer, if you want to know which VPN (Virtual Private Network) service you should use to watch TV from the UK from abroad then it was literally any of them.  The only real requirement was that they had a UK based VPN server which was essential in order to allow you a UK IP address to access sites like the BBC iPlayer and ITV Hub.   That’s really all there was to it if you wanted to watch UK TV abroad and enjoy wonderful programmes like the BBC’s Blue Planet 2.

Short on time? Just want a VPN that works with BBC iPlayer, ITV Hub and Channel 4 anywhere in the world?

Here’s our recommendation – the best value VPN that works with all UK TV sites.

However, in the last few years this has changed, just grabbing any service with fast speeds and a UK server is no longer enough.  Now you should be quite careful in choosing a VPN to use abroad because of some of the reasons listed below:

Much of the problem people actually have revolves around accessing BBC iPlayer because around 2017 it started trying to block all of these solutions.  The other streaming services have done similar but not quite to the same extent as the BBC has.   Potentially this was probably due to the ongoing criticism of how the BBC is funded and the possibility of expanding revenue abroad.  There have been estimates that at its peak more than 80 million people were watching BBC iPlayer from outside the United Kingdom.  That’s similar to the entire population of the UK who were watching some of the best UK based television entirely free of charge from all over the world.   The numbers are amazing, thousands use it to watch BBC 1 from the USA every single day.

There were other complications at the time including the digital marketplace initiative by the European Union.  This was an attempt to create a single market for digital goods like online television, which meant that the BBC would have to ensure access for UK TV license fee payers when in the European Union.  This of course is now unlikely to happen as the UK completes it’s withdrawal from the EU in 2021.  It’s however another reason why they became more pro-active in enforcing the restrictions from outside the UK.

Fortunately, it’s not that easy to detect a VPN connection, let alone block access to a website like BBC iPlayer.   The method used by most of the streaming services including the BBC is to identify large number of simultaneous connections from the same address of a server in the UK.  So, all the free VPN providers who would bundle thousands of connections on a single address were instantly identifiable and blocked permanently.  Then other lower cost or VPN providers with smaller networks without the ability to switch addresses suffered the same fate.

Out of the hundreds of VPN services that are available only a small handful now are able to fill these criteria. Sure, you’ll see many fancy web sites with TV logos and cheap prices yet start using them and you’ll find they either don’t work or drop out every few minutes. Take it from me it’s not a way to enjoy something like the Blue Planet on the BBC! The trick is to find a discrete, secure and fast VPN network run by professional staff who are able to keep servers available and accessible.   When you find the right supplier, you’ll find that you use a VPN all the time, it’s effectively a no-lose situation – high security and you are able to access whatever you want without restrictions.

Here’s my favorite, which has been working with all the British TV stations for over a decade.

As you can see from the demonstration it consists of a little application which sits in your taskbar and allows you to switch locations whenever you need it.   There are different applications for all your devices so that you can install onto your laptop, smartphone and tablet too.  In fact, for your single subscription, you can install on 6 different devices and enjoy your  favorite TV shows wherever you go.   There’s no complicated connection process just simply select the country you need to originate from. If you choose a UK based server then you will appear to have a UK IP address and all British TV stations will be available online.   So, you can unblock BBC plus the excellent ITV Hub and all the other commercial stations with TV streaming sites like Channel 4.  In fact, you can use it to access subscription services which are normally blocked outside Britain. I actually used mine to watch Sky Go abroad and RTE Player in Ireland too although there’s such a wide range of shows and movies on the free to air channels I don’t subscribe anymore.

Unblock TV Streaming Services All Over the World

Also, it’s not just got servers in the UK, if you choose another country then you can switch your connection at will.  There are literally hundreds of servers with different IP addresses from all over the world which are just as easy to use.   This can be extremely useful for accessing other sites, such as Hulu, NBC or any of the other US only media streaming sites.    I actually watch quite a lot of documentaries on Canadian TV after discovering a great show called Ice Truckers there which was on for a limited time.  Even with something like popular streaming sites like YouTube you’ll find it useful as well, if you’ve ever got one of those ‘not available in your country’ type messages which are becoming increasingly common.

There’s no doubt that restricting access based on your physical location (or geo-targeting as it’s often known) is becoming increasingly common.   Virtually every major media site on the internet operates like this not just in the more developed countries.  Currently a VPN is the only reliable method of bypassing these blocks and of course if you live in a country which filters your internet connection then it’s even more essential.

The program demonstrated in the video is called NordVPN, one of the most reliable VPN service watch UK TV and you can try out service to access BBC and other UK channels from anywhere in the world. Although the video demonstrates the PC version in action there’s also a VPN app for all your other devices. So, you can access unblock BBC iPlayer on all your devices and access BBC programmes at super-fast connection speeds wherever you are.

and see for yourself, unblock BBC iPlayer and surf the web in complete privacy. 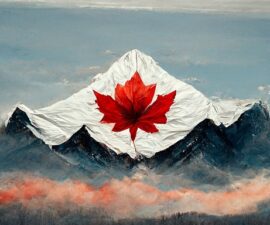