How to Switch Netflix Region

Although most people in the world are pretty impressed with the movies and TV shows in the Netflix libraries.  Some have more reason than others, a fact that becomes more obvious if you’ve seen more than one version.  You see although your Netflix account is global, the version you see is dependent on where you actually login and access Netflix.  It doesn’t depend on where you registered or which email address you use, just your current physical location.

So yes, there’s a French version of Netflix, a Mexican version and an American version too.  In fact, there’s a different Netflix library version in every one of the 200 odd countries that Netflix supports.   This would be fine except there’s a small issue; these versions vary greatly and so do the shows and movies which are on them.  Some of the Netflix content is incredible and some less so, which can seem kind of unfair as everyone pays a similar subscription.

So Which Netflix Region is the Best?

Well, there’s no real doubt here if you consider number of movies and most recently released.  The US Netflix has more than 2ooo-3000 more films and shows than many others.  Obviously, it misses out on region specific stuff, but for overall quality and content the American Netflix is streets ahead of the competition.   Not only is there more stuff but it usually includes later releases and blockbusters that never make it onto the other versions of Netflix. 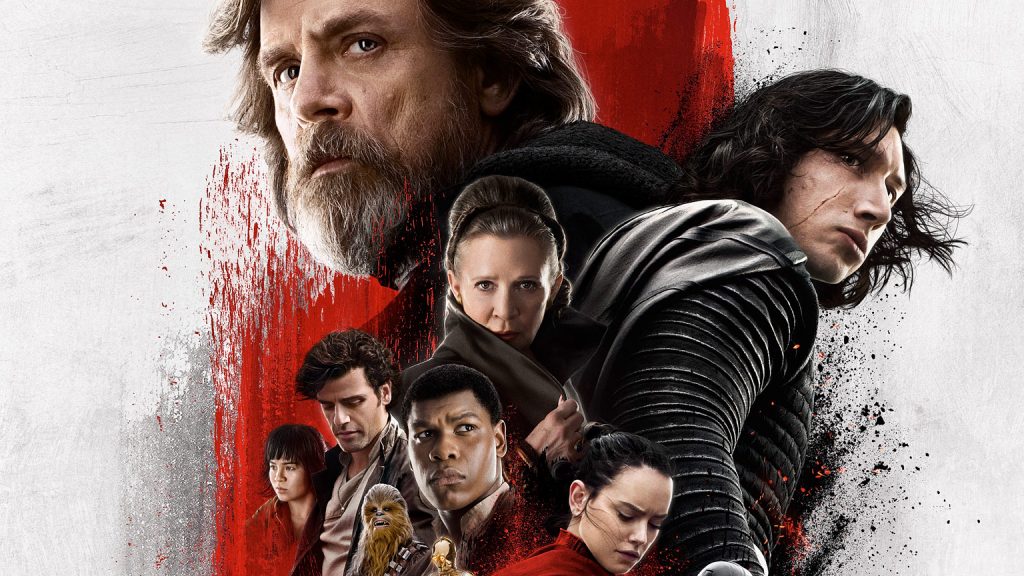 For example, the US version of Netflix had the 2017 Hit – The Last Jedi at least a year before everywhere else.   Will many subscribers ever watch Netflix version in other areas?  Who knows but it’s likely that the US Netflix will be the only place you’ll see it for some time.   This is just a single example though, many of the most popular TV shows will be running one or two series behind on other versions of Netflix.  One of my favorite shows is Persons of Interest, the JJ Abrahams hit but if you want to watch outside the US Netflix you’ll be out of luck. It’s been two years now and the last series still hasn’t made it onto European Netflix. or any different country.

The main reason that one version of the Netflix app has so much more content that others is the way it’s shows are licensed.  Although much of the Netflix content is created by themselves there’s a lot which need to be licensed from outside sources.  This licensing is normally done on a country basis, so Netflix needs to license shows and movies to each country individually.  Obviously the bigger the market, the more Netflix will invest in these licenses.  So, they will always spend more on US Netflix than the much smaller market of Italian Netflix for example.

There are some other differences, they’ll obviously tailor much of their content to each specific Netflix region.  Shows like Anime are more popular in Japan than in Europe for example. So, they’ll often invest in this different content for local markets depending on where Netflix is available.  Generally, the bigger the country/market the better value your Netflix library subscription will be, so the United Kingdom version is also good value for English speaking audiences.

It doesn’t have to be like this though and you can change your Netflix to another country, if you do want to watch other shows.

How to Change Netflix to USA

Fortunately, it’s possible to change the Netflix region that you are allocated due to location.  This is especially useful for those who live in slightly smaller countries where the Netflix catalogue can actually be very small indeed.   All you actually need to do is to fool Netflix that you’re in a different country, you will then be redirected to that version.  So in an ideal world, you can redirect to the US Netflix which as mentioned is much, much better than all the other versions.

How to trick Netflix to think you are in the US

The key factor to remember is that your location is largely determined using your IP address, so it’s this you need to change or hide.  There are two distinct methods to do this, one is using a VPN and the other is something called Smart DNS.  Here’s a quick video about how anyone can learn to change Netflix to USA using a Smart DNS solution quickly and easily.

For many years I’ve been using a VPN to bypass things like the Netflix country block, and it’s been ok. It works very well with channels like the BBC and UK TV channels.   Basically, you’d switch to whichever country the VPN server was located in automatically. However, for Netflix even the best VPN has always been a bit unreliable. The main problem is that Netflix blocks access from any commercial IP address – which unfortunately constitutes 99% of all VPN services.  As it stands in June 2020 there’s no reliable VPN which will work with Netflix consistently anymore.

With Smart DNS there’s much less of a reliance on the server and it’s IP address. Unlike a Virtual private network, you only route a small part of your connection through the intermediate server (just enough to hide your location), the rest of the connection is unaffected. This means that there’s less lag, and much less impact overall from the other server. In fact once you enable Smart DNS on a device you can actually pretty much forget you’re using it. Except of course you’ll be bypassing all those geo-blocks from the world’s best media sites and watching those TV show and movies that were previously blocked!

There’s only one Smart DNS service that’s working reliably with US Netflix at the moment and that’s the one in the link below.  It does however only support Netflix US so it won’t change your region to the French Netflix for example.

Is there a Permanently Free Solution?

Obviously the 14-day free trial is pretty amazing but of course totally and permanently free would be even better! Yes, there are lots of free VPN services available if you search – so why not use one of them you might think? The reality is that they simply don’t work for a variety of reasons. However, before we explain this, consider the fact that providing any sort of service to access Netflix in a different region is a very costly and time-consuming job. You need fast servers around the world, you need huge amounts of bandwidth, you need technical staff able to keep the servers running. Plus you need a huge amount of IP addresses to spread your connections across otherwise they’re going to get blocked instantly before accessing any TV shows and movies.

Supplying a hugely expensive service completely free of charge doesn’t sound like a recipe for success and it isn’t. Most of us over ten years old are rightly suspicious of these services.  In fact free VPNs finance their services in a variety of ways but generally it involves making money from either through advertising or by sharing your internet connection. If seeing a load of spam doesn’t bother you then sharing your internet connection with hundreds of strangers really should, make sure you understand before using them though.

So, nothing is for free, and as the old adage says –

if you’re not paying for the product then you probably are the product.

This is truer than at any time, and there are thousands of free online products like VPNs, apps, web services which make money out of you without your implicit knowledge.  Imagine the actual deal of the free VPNs and applications which resell your internet connection – it’s basically this.  You get a free VPN but in exchange anyone who pays for their service can browse anonymously using your internet connection.  That means anything they do online will potentially be tracked back to you – they could be paedophiles, criminals, hackers or anything!  Your IP address is exposed and logged on any site, not their own – which of course is part of the reason that people use virtual private networks of course.

However, if that isn’t enough to put you off, the worst part is that free DNS and VPNs rarely work anyway.  They’re overloaded by too many users so are either blocked automatically or if Netflix is available, it will just run too slowly to stream video anyway.

The Netflix Fight Back – Why You Should Test Before Subscribing

If you decide that you want to access Netflix and are not going to risk being tracked down by the FBI or your machine becoming riddled with viruses, then which ones can you choose from. The reality is that despite what advertisements and websites say, there are not many places which even work with Netflix anymore. About three years ago they instigated a huge anti-proxy purge against all these technological workarounds. Previously they had been fairly relaxed, mainly because Netflix was not available all over the world and it sold more subscriptions if they let VPNs work.  So, for example, they had quarter of a million Australian Netflix subscribers before Netflix was available in Australia!!

However now Netflix is available in most countries across the world and most people can access the Netflix libraries legitimately.  The issues for the media giant are now that they have to license all content including all their TV shows and movies which are not produced by themselves, individually to each country. If this is bypassed, they’re technically breaching those copyright agreements.   So, they don’t want people to change your Netflix to the version you prefer, usually US Netflix.   Which can be especially annoying if you’re paying virtually the same subscription for sometimes less than a third of the content.

What’s more it opens up the possibility of subscribing to the cheapest version of Netflix and switching to the most expensive using a VPN!

So after their expansion, Netflix decided to take some action and try and block all these Netflix switching methods.   They followed a lot of the methods that websites had already been doing but were much more aggressive.   Like most sites that wanted to block proxies and VPNs one of the main methods is to look for connections being used to watch Netflix from thousands of different accounts.  An overloaded VPN server may have ten thousand individual streams from the Netflix server registered to a single IP address.  This almost certainly from a VPN provider and they would block this automatically.  It’s simple to automate this process too through rules on firewalls and gateway hardware.

Whoops something went wrong.  You appear to be using an unblocker or proxy.

You wouldn’t be able to access any content after seeing this message, as the IP address had been flagged as a proxy server.  Even the best VPNs started getting blocked even the ones who were careful with how they distributed their users.  The reason for this was the media giant had expanded their detection methods and started blocking IP addresses based on their classification.  Any IP address which was allocated to a commercial organisation was blocked automatically, which was unfortunate as it included 99% of addresses that were used by VPN providers to unblock Netflix.

The difficulty now switched to having the right sort of IP address to watch US Netflix – it needed to be from a residential range.  Unfortunately, these are normally limited only to ISP companies and can be very difficult to obtain.  Which is why there are only a handful or companies who can provide this service now so you should make sure they before you subscribe.  Be careful with the many 30 day money back guarantee options as they are frequently ignored too, although the best VPNs will honour them!