Home
Uncategorized
BBC on the Dark Web: Why? How?
Tweet Pin It

Can You Really Access the BBC on the Dark Web: Bypassing Censorship

Obviously the horrific news, images and stories of the Russian invasion of Ukraine is not something Russia wants their citizens to view. Indeed only last week the last remaining independent news broadcaster inside Russia was forced to close. TV Rain (Dozhd) was under increasing pressure and threats from the State and was due to be shut down. The staff decided to resign en masse in protest prior to this point. In Russia at the moment there is only one version of the ‘news’ and it has little to do with the truth. 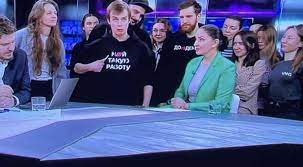 As all such regimes blocking access to news and media sources not controlled by themselves becomes extremely important. In earlier, simpler times this was relatively straight forward, the global phenomenon that is the internet has made this much more difficult. Russia has a history of heavily censoring information available online, during the Ukrainian invasion this has increased markedly.

Most of this site is around the filtering and blocking of various websites especially UK television ones like BBC iPlayer. Much of this activity is commercial usually linked to the complexity of broadcasting rights across the internet. These seem to be stuck in a bygone age, where you have to buy individual rights to broadcast content in each specific country. This obviously makes allowing a film or a show to be broadcast worldwide very complicated and expensive. Worldwide broadcasting rights are generally only found where a site owns sole rights to a piece of content.

There is a much more sinister level of censorship though, which we are seeing currently in Russia and other totalitarian regimes. Basically here the state seeks control of all information to their citizens and blocks differing or critical opinions.

So What Can Be Done ?

Well the idea is obviously to give people an alternative source of news, a different opinion to the State led view. Unfortunately blocking a specific web site or even thousands of sites is not that difficult to do. Every major news web site sits on easily identifiable servers each with specific IP addresses. If these addresses are blocked, then the site become inaccessible. It’s not hard to do and can be done at an infrastructure level, even on a corporate level – millions of websites are blocked automatically e.g. pornography. 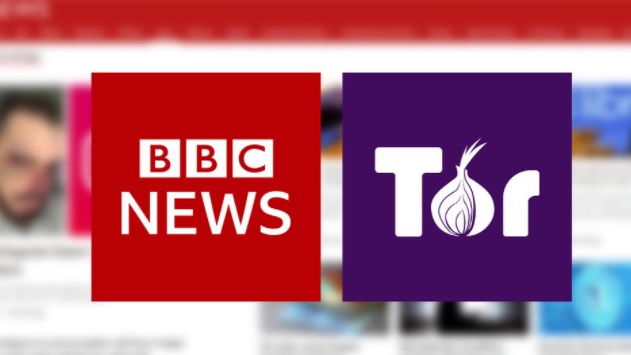 The BBC has launched a “dark web” mirror version of its website in order to make its World page accessible to all countries that have censored or restricted the network’s content. The dark web mirror copy of the BBC News website includes foreign language services, but due to broadcast rights restrictions, iPlayer and other content not playable outside of the UK has been excluded.

So just to summarize only the international pages are being mirrored on the dark web. You won’t be able to watch Match of the Day or my favourite news programme – Newsnight unfortunately.

The BBC actually launched its dark web service in 2019 so it remained accessible from various places across Africa and the Far East where censorship was growing. However recent events in Europe have seen it become more popular. The Russian invasion of Ukraine has resulted in extensive internet censorship in Russia and Belarus regarding international news. This is obviously a political move as the Russian government seeks to control the narrative of the war from Moscow. Most of the large social media companies are already blocked and there is a rumour that Russia actually intends to disconnect internet access completely in Russia. This would move it into similar situations to North Korean and to some extent China, whether this happens or not remains to be seen.

Would this possibly block access to the dark web? Well, it depends on how this is achieved, a really draconian disconnect could pretty much block internet access completely. This would mean Russia would have almost total control over what it’s citizens can access online – a Russian Intranet.

How to Access the BBC on the Dark Web

The BBC World Service is now offering its news content on the Tor network to audiences who live in countries where it is being blocked or restricted. This move allows people living in these countries to access the BBC’s content without having to worry about censorship or restrictions. Additionally, the UK’s first interactive voice news service for smart speakers will be available this month. This new service will allow users to listen to the latest news stories and interact with them using their voice.

The dark web is a part of the internet that is not accessible through normal search engines. It can be accessed by using specific tools and software like Tor. The BBC has created a special section of their website that is only accessible on the dark web in order to provide news and information to those who cannot access it through other means.

The simplest method to access the dark web is to simply download a browser called Tor. You’ll notice that dark web addresses don’t quite look like normal web ones. Indeed without a special browser none of them will work at all. Here’s the current Dark Web addresses for the major BBC News pages,

They won’t work until you’ve installed Tor on your device, so here’s the download page where you can install it from.

Simply download the appropriate version and you’ll have an additional browser installed on your device. Then whenever you click on a link based on the Dark Web – Tor will open it for you. You’ll notice that instead of the html extension, the Dark Web urls end with .onion.

Tor is a software that allows users to browse the internet anonymously. It does this by routing traffic through a series of volunteer-operated servers around the world. This makes it difficult for anyone to track your online activity. Tor can be used to access websites that are blocked in your country or region.

The network gets its name from an acronym, which is The Onion Router. As with the veggie, there are multiple layers which include extra encryption to protect the data on the network. This technology has been developed by the United States Naval Research Laboratory, and it still gets some funding from the US State Department. 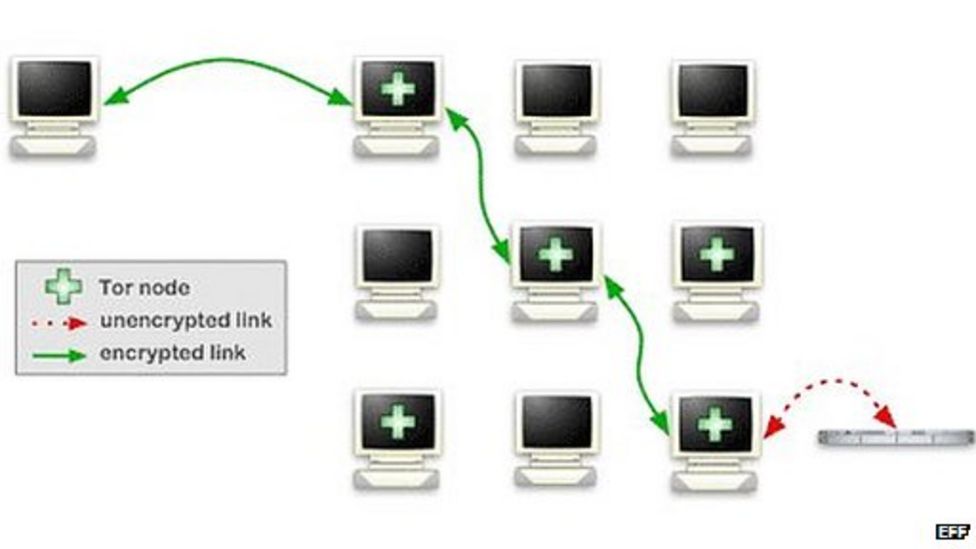 The service tries to hide a person’s location and identity by using several “nodes” which involves sending data from the user’s computer to other PCs and servers around the globe via very complex routing schemes. Data encryption of each hop across the network makes it very difficult to tie a specific person to a specific online activity. This is of course perfect if you are accessing from a location where privacy and anonymity is important.

BBC News but Not BBC iPlayer

It’s important to remember that the BBC has placed only it’s international pages on the Dark Web. This means that none of the multimedia, live TV or online channels are available through this method. It’s not unfortunately a neat way of access BBC iPlayer or British TV from the US or outside the UK

If you want the full amazing BBC iPlayer experience with the live channels (including a 24/7) news channel from outside the United Kingdom, then you need to use a VPN. This is a program which supplies a Virtual Private Network using your internet connection. Its primary function is security as it encrypts your data when you’re online, keeping personal credentials like passwords and user accounts safe. However, it also hides your location, and you can use them to pretend you’re in a different country.

Here’s a video demonstration of using a VPN called NordVPN to change your IP address to a British one.

As you can see BBC iPlayer only sees the IP address of the VPN server you’re connected to. As long as you choose a British one it will appear that you are located in the UK. It’s quite simple to use and indeed people all over the world use this method to access the BBC  overseas and other media sites blocked everywhere around the world (most of the big ones are). 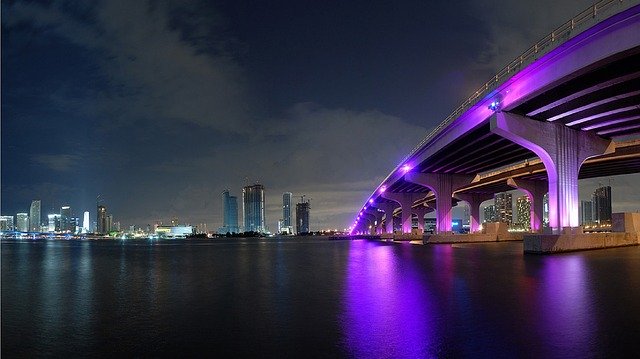 When I first visited Florida many years ago, I discovered …
March 2, 2020
3 min read